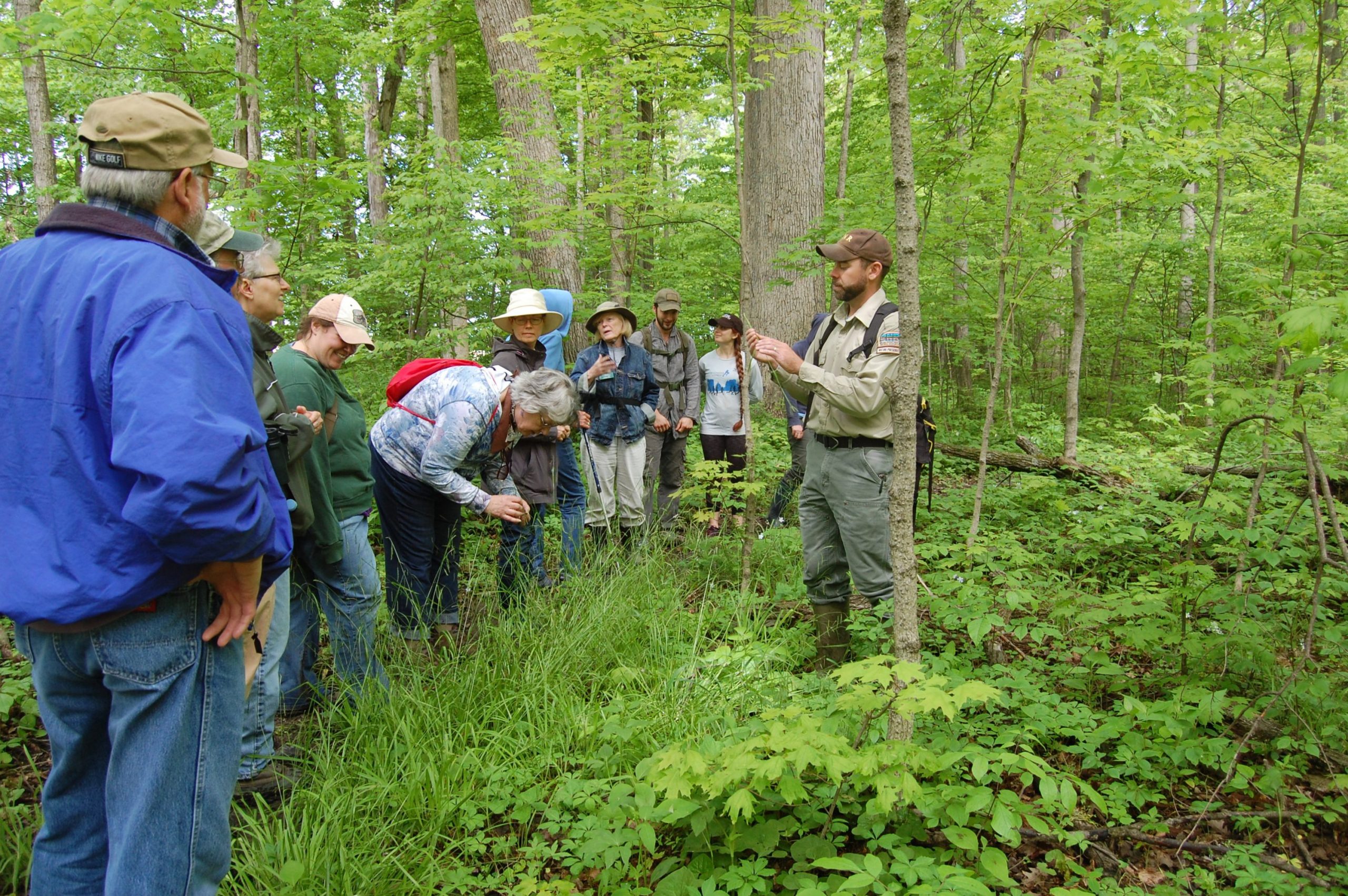 Ecological oases are isolated postage stamps of biological richness surviving in a vast landscape of monocultures controlled by blade or plow.

As we locate and preserve these remaining oases—these hidden gems, we realize they have progressed for years through a dynamic ecosystem striving to protect itself from periodically emerging environmental impacts. Conserving land by preserving and restoring it is a dynamic process as plants once limited by sunlight, soils, hydrology, or competition attempt to fill newly created niches. The lands that we protect will always experience ecological succession.

In our protected lands, each stage of succession requires individualized species management. For example, underneath an old-growth forest’s massive trees are saplings of other species waiting for life-giving light to become available. When one of the great trees falls, the canopy opens, light floods the forest floor, and there is an acceleration of natural succession—the transition from large, old-growth trees of mid to late successional species, like oaks, hickories and beech, to the early successional species of fast growing ash, dogwoods and maples. When you hike a trail, note the many small saplings growing on the forest floor. These trees are the next great canopy waiting for a chance to claim their spot within the ecosystem

Most tree saplings, such as oak and hickory, never make it to adulthood. These early saplings compete for the dappled sunlight that trickles to the forest floor, most surviving only a handful of years. But some grow large enough to supersede the forest floor’s shrub layer. This natural cycle of dominance from species to species is a process that plays out over centuries. It is nature’s response to environmental change. Nature is ever changing to another stage in life.

Since the arrival of Europeans led to the onset of the ornamental landscape, humans have allowed (or encouraged, sometimes unknowingly) the process of natural succession to be altered by non-native species such as multiflora rose, honeysuckle, and border privet. As our native species try to fill open niches, these non-native species are waiting in the shadows—sometimes just stems a few feet above ground—to emerge with a vengeance when they are exposed to bright sunlight again striking the forest floor. Many of these non-native shrubs are able to grow faster, cover more ground, and consume more resources than even our fastest growing native successional species. It then becomes a race of who can reach above others to claim this most valuable resource—light.

Non-native species can grow six or more feet in a growing season, eventually making an impenetrable layer that native canopy tree species cannot surpass. When native forest floor species do not receive enough light or other resources to successfully vegetate and flower, a dead zone is created. In this zone, instead of a diverse and vibrant ecosystem, only a small variety of life are able to hang on. As land stewards, we must manage— remove—these non-native species to allow native species’ natural succession to occur.