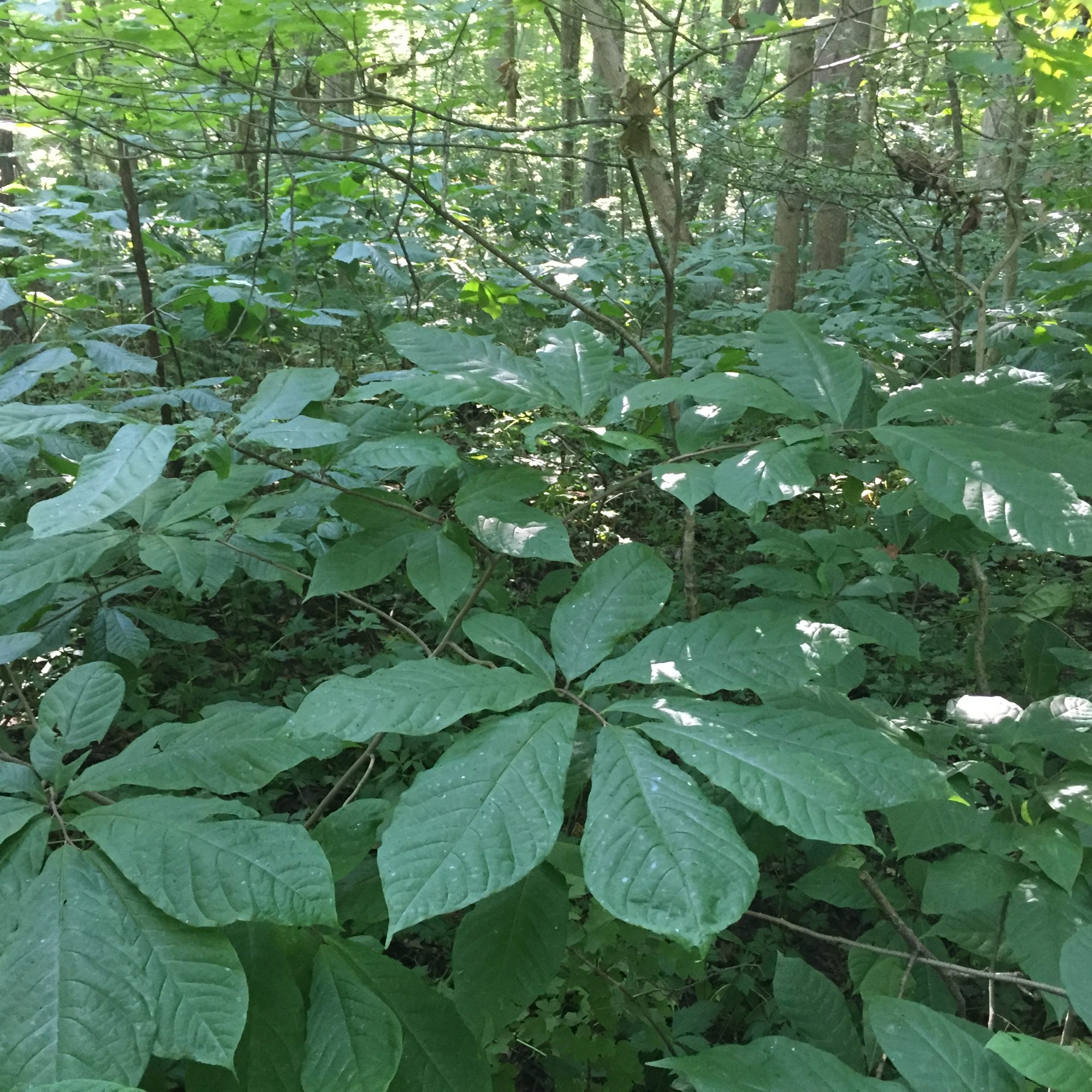 Deer and hikers are foraging deep into ACRES Land Trust woodlands across the area to gather … tropical fruit. Yup, the paw paws are ripe and dropping sweetly.

Ripe paw paws are yummy, mushy fruit with a banana-pineapple-mango taste (if you can get to them before the raccoons!). They hang and fall from skinny trees that grow 15-25 feet tall, surrounded by groves of shoulder-high clones.

Munch it raw, bake it into a pie, mash it into a custard, can it, tease it into a white wine. Or just marvel that you picked a tropical fruit right here in Indiana.

Paw paws trees are hidden in many ACRES forest preserves where they collect only a dappling of sun.  Because the trees like to nestle deep beneath hardwoods in fertile soil, ACRES offers great paw paw discovery within its almost 7,000 acres in Indiana, Ohio and Michigan.

The green fruit matures to yellow then black as they ripen in late August through September. Most are about the size of a small peach, but some can grow to a pound. That makes them the largest native fruit in North America.

The ones we found had two rows of huge, brown, bean-shaped seeds in orange flesh. You must peel them and eat or cut around the seeds, which can be toxic to some folks.

While paw paws are called Indiana Bananas, they are not native just to Hoosiers. Paw paws are native to at least 25 states in North America, known botanically as Asimina triloba in the custard apple family.

Cool stuff: Paw paws can kill lice and parasites, fight cancer, and lower your blood sugar and cholesterol count, according to scientific research in the past two decades. They’re sources of magnesium, potassium, Vitamin C, proteins and other stuff that’s good for us. Purdue University scientists are finding success in fighting some drug-resistant cancers with compounds using the bark of pawpaw trees. Native Americans used the bark to make string and rope.

Sounds like something to sing about! Children’s songs abound about “way down yonder in the pawpaw patch.” They send us looking for Susie or Nellie and Jimmy, who have slipped away to pick paw paws. Lots of softly sung versions abound on YouTube.

While paw paws grow in the wild, some farmers cultivate them with success. They do not transplant well, according to Cooperative Extension Service research. There’s much diversity of size, flavor and texture. A few dozen nurseries cater to homeowners who are discovering this nifty tree. It’s great for butterfly gardens and is the exclusive larval host plant for the zebra swallowtail.

Check out an ACRES preserve near you for trails that may lead to the Indiana Banana paw paw. You can spot them easily from the trails and paths.