Fighting for the Forest: Volunteers battle autumn olive on the Tom and Jane Dustin Nature Preserve 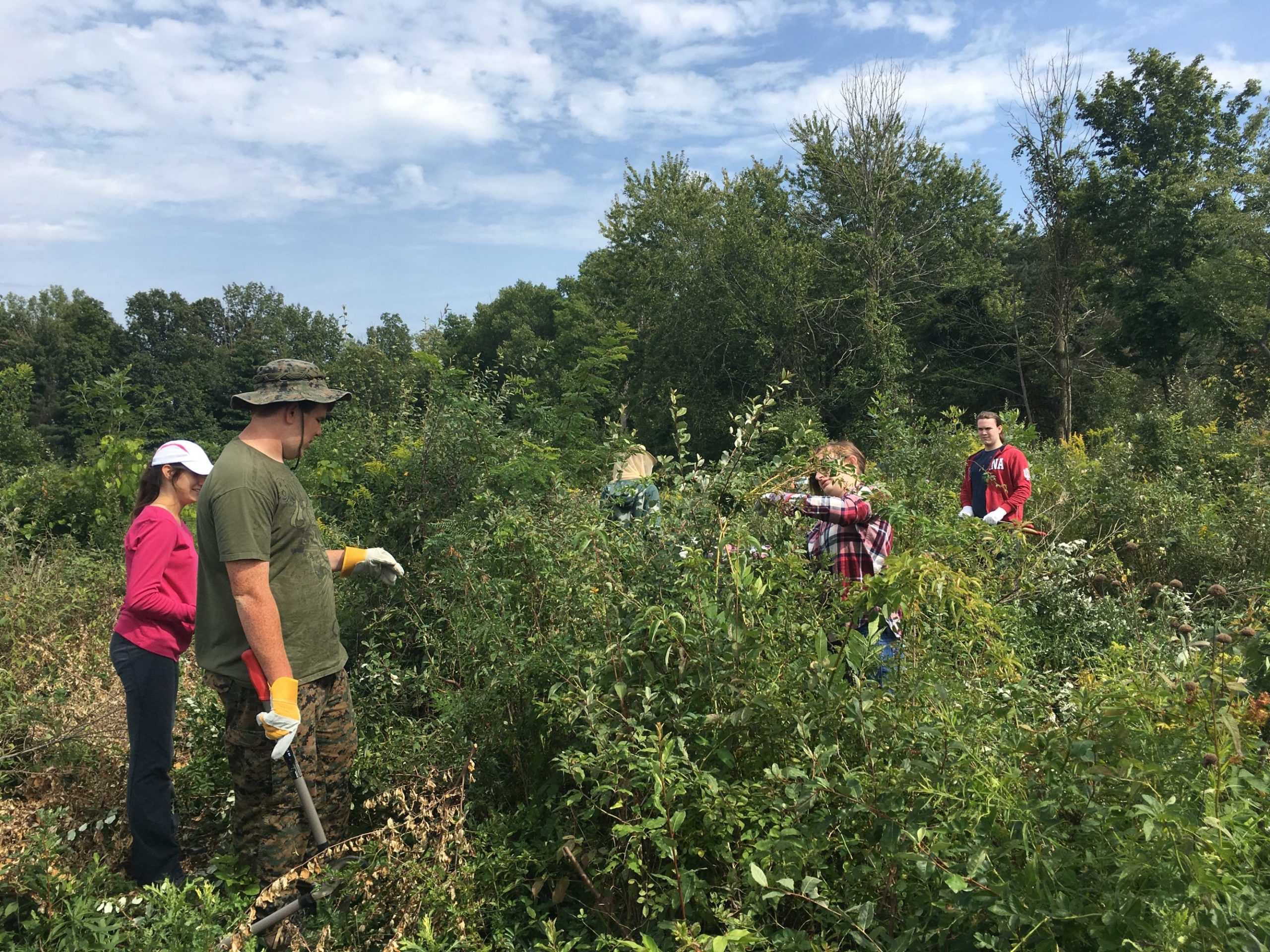 Fighting for the Forest: Volunteers battle autumn olive on the Tom and Jane Dustin Nature Preserve

Did you know that autumn olive was once planted by many conservationists, including Tom and Jane, to provide wildlife habitat? Today, this invasive shrub is a prime target for removal on ACRES preserves and on managed land across the U.S.

Why? Because its beautiful brush (with sweetsmelling spring blooms, signature silver-backed leaves and red berries) reaches heights of 20 feet, densely crowding out other plant life and taking over. And as a non-native, autumn olive benefits from a longer growing season, still thriving in late fall, giving it an advantage over native plants.

For a time, ACRES’ land management philosophy was far more hands-off in relation to plants like autumn olive: “Let nature take care of it,” was the motto, based on direct observation of formerly fallow fields reforesting naturally without help. Over time, land managers observed otherwise as non-native plants increasingly came on the scene. Now we know that if we don’t fight for the native trees that we plant, we’ll lose them to these faster-growing non-native invasives.

Roughly 10 years ago, ACRES planted native saplings on the Tom and Jane Dustin Nature Preserve. Since then, each growing season we have battled to save these trees

To welcome you to the cause, ACRES launched the Autumn Olive Project on the Dustin Preserve in 2017. We’re seeing positive results.

As part of our seasonal outing, ACRES staff launched the project on the 2017 summer solstice. Using chainsaws, hacksaws and loppers, we tackled the thorny brush, clearing this tenacious plant from the southeastern quadrant of the reforested meadow. Knee-deep in poison ivy patches, accompanied by angry bees, hungry mosquitoes, high humidity and hot summer sun, we held some ground for the native trees.

Following our efforts, volunteers soon picked up the loppers and the pace: the project has moved four times to different locations on the preserve. Charles Enea, now preserve steward, describes tackling two “walls” of the brush, roughly 20 feet high, 12 feet deep, 50 feet wide and 75 feet long. Working two-hour shifts in the heat of July, Enea returned over many weeks until he achieved victory.

“Before it was pointed out, autumn olive was not something I was paying attention to,” says Enea.

Today, after 2 years, six private and public workdays and many hours of labor by some extremely motivated drop-in volunteers, we can report that we’re winning the battle in many places on the preserve. But victory is temporary and incomplete as autumn olive is still thick in many other places on the preserve.

Autumn olive thrives in our region and is spread by wildlife. We must be vigilant. It will keep coming back.