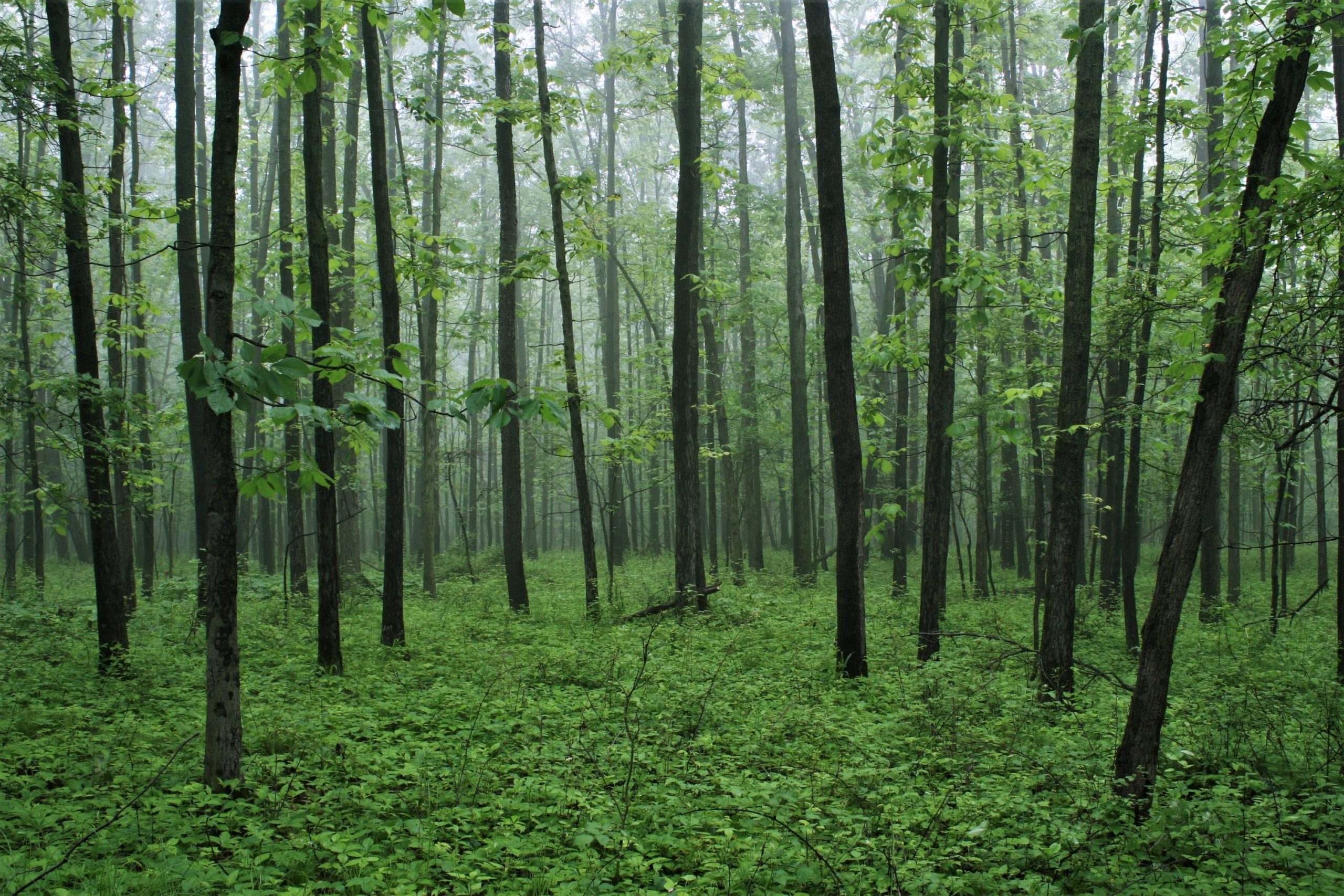 I was browsing through the “Just Added” online books at the Allen County Public library when a title caught my eye: The Hidden Life of Trees: What They Feel, How They Communicate – Discoveries from a Secret World (links to WorldCat).

I had not encountered the author before; Peter Wohlleben, surely I would remember a name so different, so German.  And what secret world?  So I checked out the Kindle edition of the book and settled in to see what it was about.

Months later, I am still trying to understand the ramifications of the information presented.

The Hidden Life of Trees is one of those books that can make you look at things differently.  In my case, it blurred the line between trees and animals.  It convinced me that trees are aware – that they perceive the world around them.

Though there are still many scientists who reject the idea that trees deliberately think, or are conscious, science has demonstrated that trees respond to their surroundings. A growing number of researchers are sharing evidence from the fascinating life that plants (especially trees) lead, unseen to the casual observer.  This life is hidden from us in part because it happens in slow motion.  When time-lapse photography is used, however, the movements of plants suggest awareness and intent to Wohlleben and others.

Research over the last thirty years has revealed a lot about what is essentially plant behavior.  Most of this information is not new.  What *is* new is the way the data is being interpreted.  Trees, Wohlleben says, have intelligence, memory, and are conscious of their environment.

He argues that trees are social creatures, growing to “fit in” with other trees, both branches and roots.  And they share information and food through an underground network of roots and mycorrhizal fungus, a thread-like symbiont that vastly increases the size and scope of this superhighway, that some call the “Wood Wide Web.”

In fact, membership in this symbiotic network benefits trees enormously.  Trees that are close together share food with each other, taking turns to supply and receive, even across species.  They warn each other of danger, parent their seedlings, and decide among themselves whether they will reproduce in a given year.

Wohlleben says they are helping each other because it’s in the best interest of all trees if the forest remains intact.  Temperate trees thrive where winds are moderate, when humidity is high and moisture allows optimal decomposition.  A forest of trees helps create these condition, but lone trees are at the mercy of environmental extremes.

The image of a lone tree keeps coming back to me.  Cut off from contact with its own kind, it is more vulnerable to wind and insects, snow and drought.  Wohlleben likens street trees – spaced out in a row, too far away to make contact – to street kids, orphans who must make it on their own.  Their survival is chancy – much like it would be for a human child living on the streets of New York.

Wohlleben’s book is an unashamed manifesto aimed at convincing people that trees are not just a commodity.  His goal is simple: to insure that trees are “allowed to fulfill their social needs, to grow in a true forest environment on undisturbed ground … And at least some of them should be allowed to grow old with dignity and finally die a natural death.”

I, for one, agree with that.

________
Curious about plant “communication”? Theresa suggests you might enjoy “Plants Talk. Plants Listen. Here’s How” with drawings! by Robert Krulwich for NPR. He shares a few experiments that demonstrate plants giving and receiving signals. He says: “Does this mean that plants talk to each other? Did the first plant in some way intentionally send its warning? Was it doing a Paul Revere? Scientists don’t know.”
________

Have you read the Hidden Life of Trees? Join Theresa for our upcoming Book Talk:

The Hidden Life of Trees by Peter Wohlleben

Peter Wohlleben’s surprise international bestseller, “The Hidden Life of Trees: What They Feel, How They Communicate — Discoveries from a Secret World” offers marvelous insight to the life of forests. Does Wohlleben’s writing impact your view of the preserves? Learn what other folks take away and share your own experience with this engaging book by a German forester.

Can’t attend? Share your feedback on the book in the comments below. Thank you!