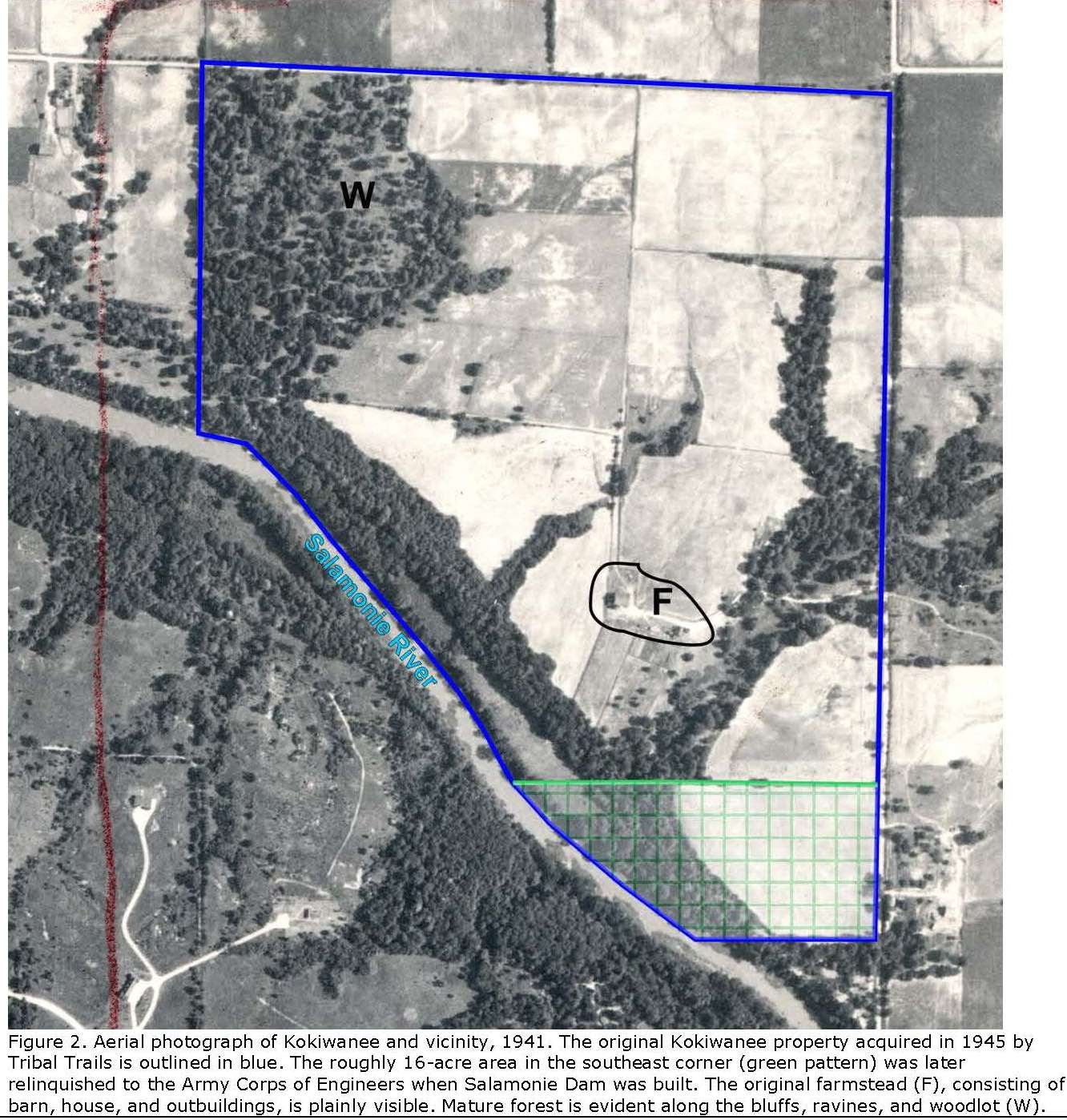 In my recent Letter from the Executive Director, I write about how land can produce a wide variety of products. I make the claim that when compared to nature; we are unimaginative when it comes to deciding what land should produce. To illustrate this point, let’s explore the recent history of Kokiwanee – a 140-acre nature preserve in Wabash County.

In 1941, the property that would become Kokiwanee was primarily farmland, pasture, and treed strips along portions of the property too steep to farm.

Had ACRES acquired the property in 1941, we would have been excited about the 13 waterfalls present and sought to restore the remainder of the property to its natural state. Soil tests would have been performed to determine previous land use, and then restoration plans would have been created and implemented. The plan would likely have been to re-forest the vast majority of the preserve and expand any existing wetlands through breaking tiles.

But ACRES didn’t acquire the property in 1941. It was purchased by the Girl Scouts in 1945. They built roads, cabins, a dining hall, shelter houses, horse stables, and other amenities necessary for the camp. Once construction was completed, they planted some pine trees, and then let the remainder of the area “go back to nature”.

By letting nature choose what grew where, the property today is comprised of the following vegetation types:

I can state with certainty that had ACRES developed a restoration plan, it would have looked a lot more uniform than the above map. Our plan would have been dominated by the same mixture of hardwood trees planted as part of the re-forestation effort. Over time, soil and water conditions on site, and self-seeding of trees would have created some of the variation in community types shown above. However, I’m certain the end product of ACRES’ best efforts to restore Kokiwanee would have resulted in far fewer community types than was accomplished by letting nature call the shots.

I’m not saying ACRES shouldn’t create restoration plans – we do frequently, and they are getting increasingly nuanced. I’m simply making the point that when possible, ACRES prefers to let nature choose.

One question this example raises is: “If we took similar farmland today and let it go fallow, would we end up with the same diversity in natural community types?” Likely not. Many invasive species have been introduced since 1945, plant and animal diversity and abundance have changed, management of surrounding lands has changed…a lot has changed. Experts now wonder if natural succession still exists – sounds like a topic for a future blog post…