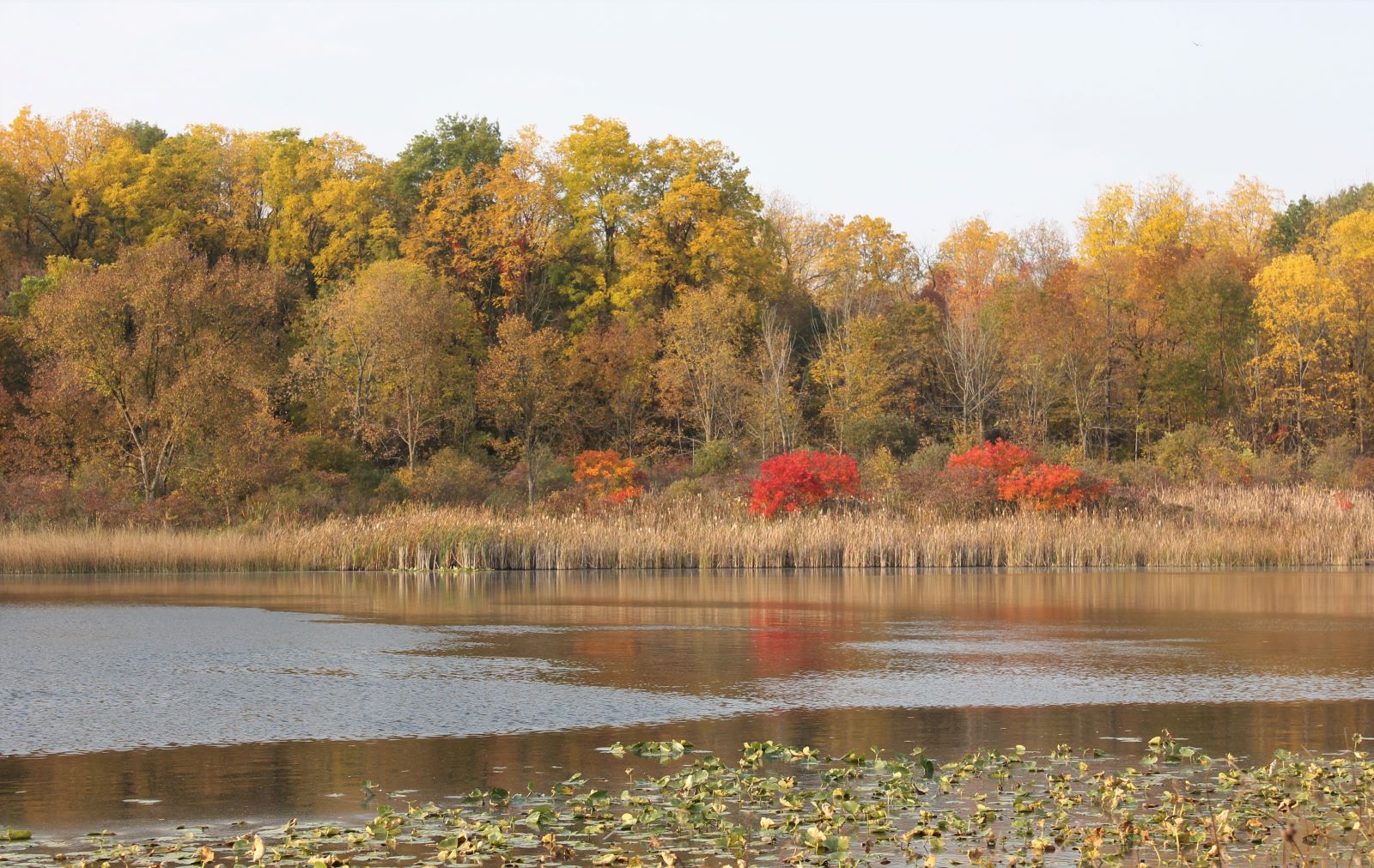 In 2016, land donors Federal Judge William Lee and his late wife, Judy, entrusted ACRES Land Trust with the 84-acre property with a promise to preserve the land in its natural state forever. The state of Indiana officially reinforced this promise in 2019 by designating Perfect Lake a State Dedicated Nature Preserve, which provides additional protection to the land under Indiana’s 1967 Nature Preserves Act.

“These really are ‘Arks’ of biodiversity,” Swinford said. He described nature preserves as “amazing biological storehouses” that help aid in the restoration of unique and often threatened species.

ACRES founders were instrumental in writing and working to pass Indiana’s 1967 Nature Preserves Act which states:

“As part of the continuing growth of population and the development of the economy of Indiana, it is necessary and desirable that areas of unusual natural significance be set aside and preserved for the benefit of present and future generations before the areas have been destroyed.”

The Act outlines several reasons for this protection including providing research and educational opportunities, protecting habitats for plants and animals, providing living examples of our natural heritage and environmental systems, promoting the understanding and appreciation of the value of these areas and protecting them against destruction.

Judge Lee purchased the 84-acre property in 1970 and has described the land as “an environmental wonder in terms of diversity.” Surrounded by an upland forest, a long, winding gravel ridge runs the length of the preserve. The ridge, called an esker, was deposited by retreating glacial meltwater. It overlooks a small lake, a unique type of springy wetland called a fen, a sedge meadow and a marl flat.

The habitat is home to an abundance of wildlife, including foxes, wild turkeys, quail, deer, swans and coyotes. Judge Lee read about the federally endangered White Cat’s Paw Pearly Mussel in a publication of Steuben County Soil and Water Conservation District. The only known population of the endangered mussel exists in the Fish Creek watershed, of which Perfect Lake is the headwaters.

“The status as a state dedicated nature preserve not only provides additional protection for Perfect Lake, it also confirms the uniqueness and significance of the site.  The Lee family recognized that this property was special, ACRES agreed, and through dedication the State also deems the property as one of the best of the best in Indiana,” said Jason Kissel, Executive Director of ACRES Land Trust.

A longtime advocate for environmental protection, Judge Lee became an ACRES member in 1967. He knew the ACRES founders and was well-acquainted with Jim Barrett III, who wrote the 1967 Nature Preserves Act that now protects Perfect Lake.

Judge Lee was appointed U.S. Attorney for the Northern District of Indiana only weeks before the first Earth Day in 1970. He knew people would be in his office wanting to prosecute water polluters, but at the time, there was no Environmental Protection Agency, so he devised a system for prosecution. He set forth steps to put together evidence, investigative guidelines based on the Refuse Act of 1899, and it worked. Judge Lee’s work won three cases, defeating U.S. Steel, DuPont and a local refinery. His efforts earned him the Izaak Walton League of America National Conservation Award in 1972.

“I want to thank ACRES very much for their willingness to accept the stewardship of this land. This is a very happy day for me,” he said.

Judge Lee,Thanks to you and dear Judy for this wonderful protection of your land with ACRES! It is such a beautiful and diverse property!