Marion’s Woods | The story of permanently protecting this place 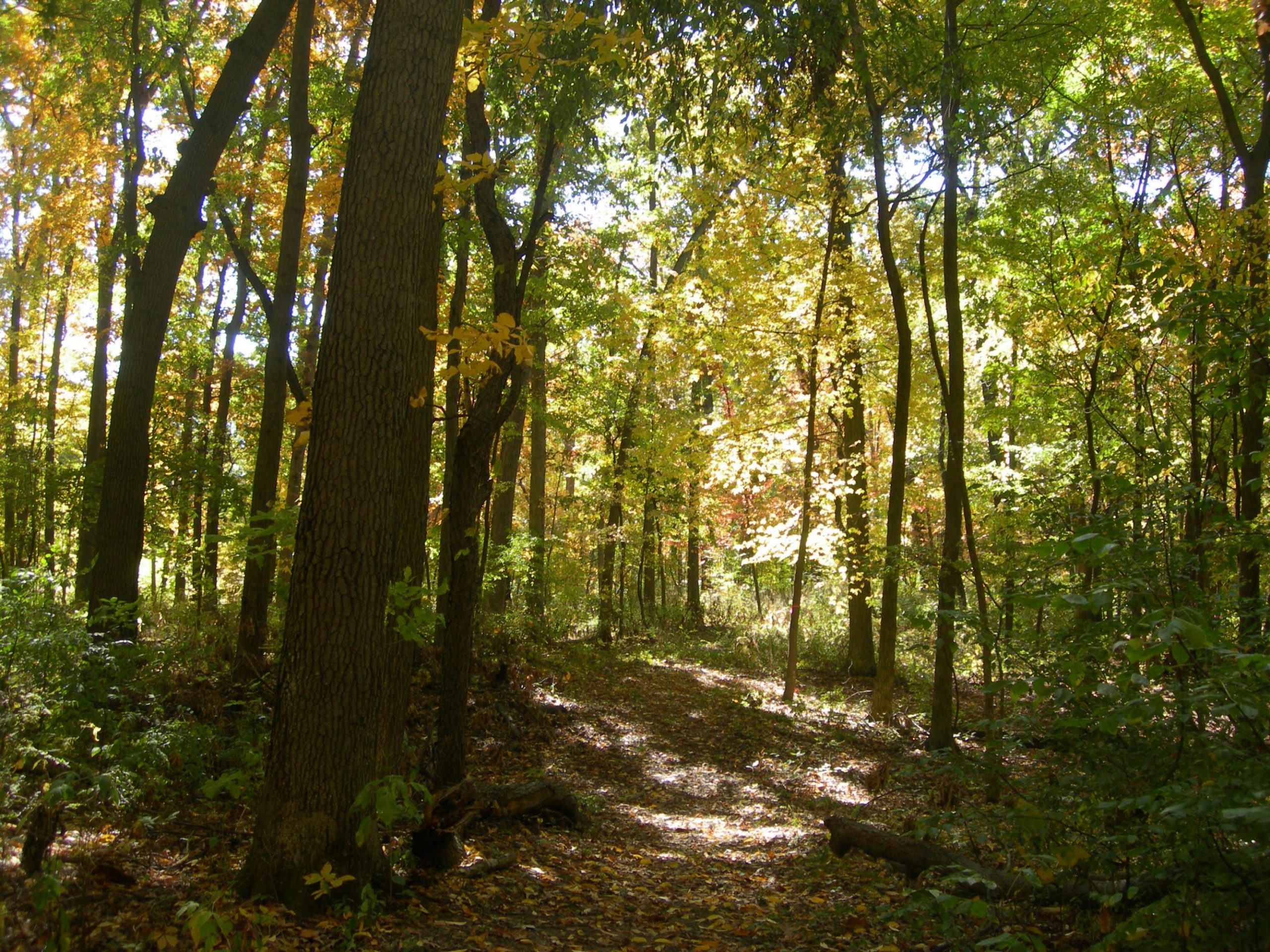 Marion’s Woods | The story of permanently protecting this place

ACRES’ mission is to preserve natural areas. By doing so, we often fulfill the goals of other organizations and people as well. ACRES’ 2012 acquisition of Marion’s Woods in Steuben County is a good example.

Art Eberhardt has been an ACRES’ member since April 14, 1962. His late wife, Marion, was also active with ACRES and loved the outdoors—in particular, trees. Since her death, Art sought a way to honor Marion through an act of conservation.

Art serves on the Angola Tree Board and one of their projects, preserving an urban forest, led Art to think saving these woods might be the project to honor Marion with.

The 20-acre woods is a beautiful example of a maturing oak / hickory forest relatively free of invasive species and containing a diverse understory—a great find anywhere, and an amazing find within a city limits. Preservation of this forest was a priority for the Tree Board and important to the city. “It’s a great opportunity when we can preserve a natural place like that where adults have walking trails they can go to near homes within the city,” said Angola mayor, Dick Hickman.

The owners of the property, Aaron Steury and Don Wise, co-owners of A & D Specs (residential development and home construction), also had a mission for the property—to demonstrate their willingness to give back to the community that supports their business.

They offered the property to the Angola Tree Board at half its appraised value. The Tree Board fundraised for the next five years, obtaining money from individuals, businesses and community groups. But the funds raised were only a small percentage of what was needed. They contacted ACRES in late 2011 to see if we’d be interested in assisting with the project. We investigated the property, consulted with ecologists and botanists, and agreed that the property, although relatively small, was definitely worthy of becoming an ACRES’ preserve.

The deadline to close before July, 2012, put ACRES on a tight schedule to find funding. Art decided this was the project he was looking for and donated 50% of the acquisition cost in honor of Marion. ACRES purchased the property in June before the rest of the fundraising was complete, using our revolving acquisition fund created by an anonymous donor in 2010. The Steuben County Community Foundation contributed $9,500 toward the acquisition cost and many ACRES’ members donated funds toward purchasing this property—thank you!

Over the next year, Art Eberhardt hand-routed the sign for the preserve, as he has many preserve signs over the years, ACRES installed trails and a parking lot and Marion’s Woods opened to the public on June 2, 2013 with a Grand Opening Celebration. Since this time, these trails have welcomed countless visitors.

A single act of preservation—yet the realization of many dreams.