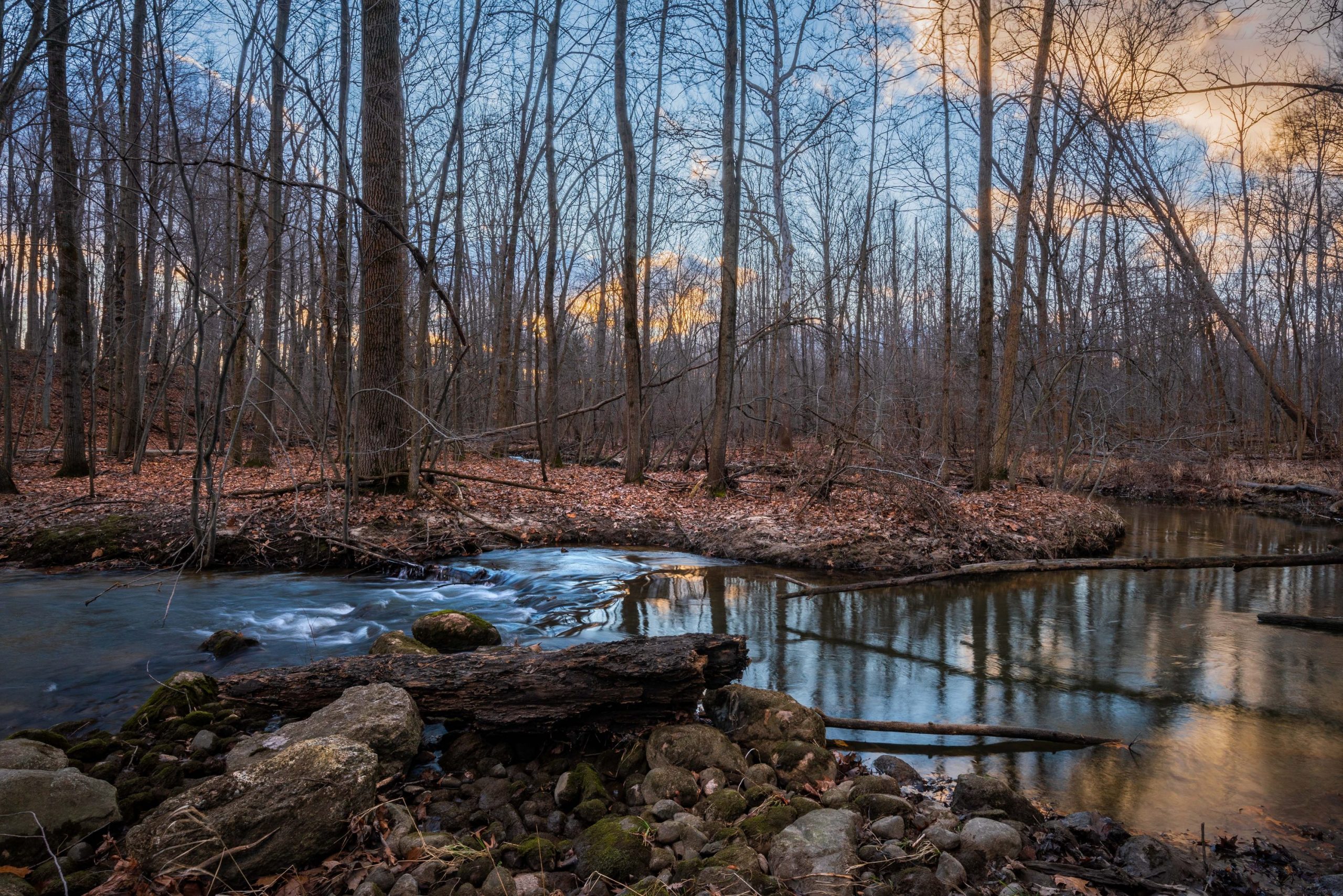 Read more about the Kauffman acquisition

Decades ago, when my family was looking for a place to farm hay, we walked the lane at this property, a straight-line lane past fields and fences. We took a right-angle turn at the back, into a woods with beeches and maples (the only trees I recognized then) and down a steep bank to the floodplain and stream. The stream was a shock — the water clear, very cold, shaded in forest, rippled at snags and rocks. Even though I planned to farm, that stream made an impression. I knew I’d spend as much time by the water as in the hayfield. Some landscapes match a person’s mind — or soothe the spirit — and this place did that for me. I could farm hay, but also explore, meander, breathe easy.

After farming a few years, we abandoned the rocky sand-slopes and planted trees, and let sweet clover take over. We took down fences. We baled hay a while longer, then finally stopped farming completely and let the hayfield go wild. The farm’s geometry slowly disappeared. Field boundaries and corners blurred as wilder spaces took shape — rolling glacial hills, a footpath winding into the woods.

In 1998, working with USDA’s Wetlands Reserve Program, the landscape shifted again, drastically. Farm drainage tiles, old clay ones, were broken in low areas, restoring five pre-settlement wetlands. Within a few years, sedges, willows and cattails moved in, habitat where green herons and sandhill cranes have nested. In the decades since, there’s been an extraordinary flourishing of plant and animal life. The land is wilder, and also more familiar. I got to know it better as itself.

Once a week for a year, December 2001 to December 2002, I walked with a friend or two, watching plants as they appeared, trying to identify species we didn’t know. I got to know trees — not only beech and maple, but tulip, basswood, hop-hornbeam, pawpaw. And wildflowers. Boneset, cleaver, mad-dog skullcap! It was an amazement, the comings and goings of plant life, the sequences of flowerings and seed-shapings.

The words “ecosystem” and “habitat” became visible. We were in them. The word “watershed” came to life as a flow of connections, wetland to stream to Great Lakes. This stream, St. Joseph Creek, flows to Bean Creek near Hudson, on south into Ohio, where its name changes to Tiffin River, and on to Defiance, where it joins the Maumee. At Toledo, these Michigan waters enter Lake Erie.

In 2004, a mussel survey documented 13 species in the stream, including the rare slippershell mussel, threatened in Michigan. There were stream searches for macroinvertebrates. Meandering bird walks. Bug walks. With the help of friends and botanists, birders and others, I put together a list of 355 native species. Probably a fraction of what’s out there. I’ve learned so much, walked so many miles in this one place.

Not long ago, my family gave me a photo book, “42 Years Walking,” 1977 through 2019. The photos show the hay fields and hay baling, two sons as small children in the fields, beside the stream, flood photos, blizzards, then wetlands, older sons on a rock, then two grandsons as small children in a cart, now teenage grandsons, friends at the 20-year wetland party. Generations of walking.

With the transfer of the land to ACRES, I was able to pass along the complete abstract of this property. It’s almost an inch thick, with a lettered red cover, the record of owners going back to the first land grant in the early 1800s.

It’s wonderful to know that ACRES, the final owner, holds and protects this land now, in perpetuity. There’s peace and real joy in that. My family and friends, and yours, can walk the trails as the two-footed creatures we are, among so many others, part of the ongoing life of this place — in its layers and tangles, soils and canopies — season after season.

What a wonderful account of what this land means to the Kaufman family. i will feel that reverence when we explore it.

Thank you for the warm sentiment, Doug!

This is a gem! Thank you, Janet Kauffman.

What a beautifully written story of ones journey of Gods nature! And what an honor that it was given to ACRES to preserve! Looking forward to another piece/peace of earth to explore...

Thanks for the note, Marcia. We're honored to be entrusted with this special place, and ever-grateful to our members who make this possible.

I'm looking forward to visiting this preserve-keep me on the e-mail list!

Greta, we hope you enjoyed reading Janet's article! We are excited to open trails here this fall, lookout for an opening ceremony event!

And this is what we're all about.

Dave, thanks for reading Janet's article, we hope you enjoyed it. We are so excited to protect this property forever thanks to Janet and our members!