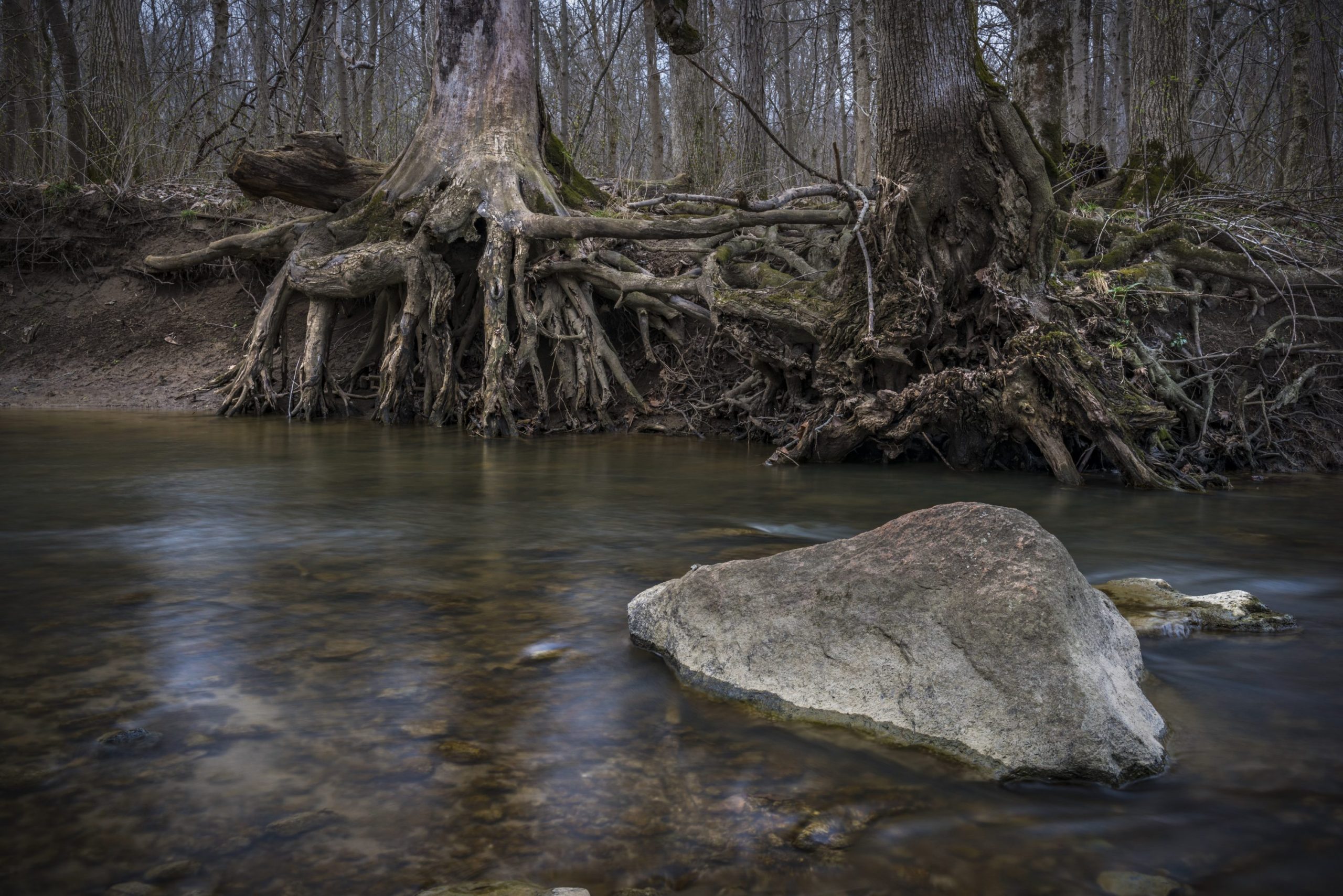 The last three generations of Fullers have farmed, each generation also planting their share of trees, some reaching 2 1⁄2 feet in diameter in the last 80 – 90 years. Under protection by ACRES members, these “new” trees will continue to grow, living out their natural lives in place.

Fuller’s grandfather farmed his land with a horse-drawn plow led by wild broncos he tamed, naming them Bing and Bang. He knew and respected naturalist Gene Stratton Porter, famed champion of wetlands and his Adams County neighbor. Before purchasing his Wells County land, Fuller’s grandfather had owned land and an oil well near Loblolly Marsh (before it was drained). When walking to pump his oil well, he’d wave or stop to chat with “The Bird Lady,” as Stratton Porter was known. Kristie Fuller reminisced: “Of course, when I came along, my grandfather bought me all her books — you know, Freckles, A Girl of the Limberlost — and told me, ‘You’re gonna like her.’”