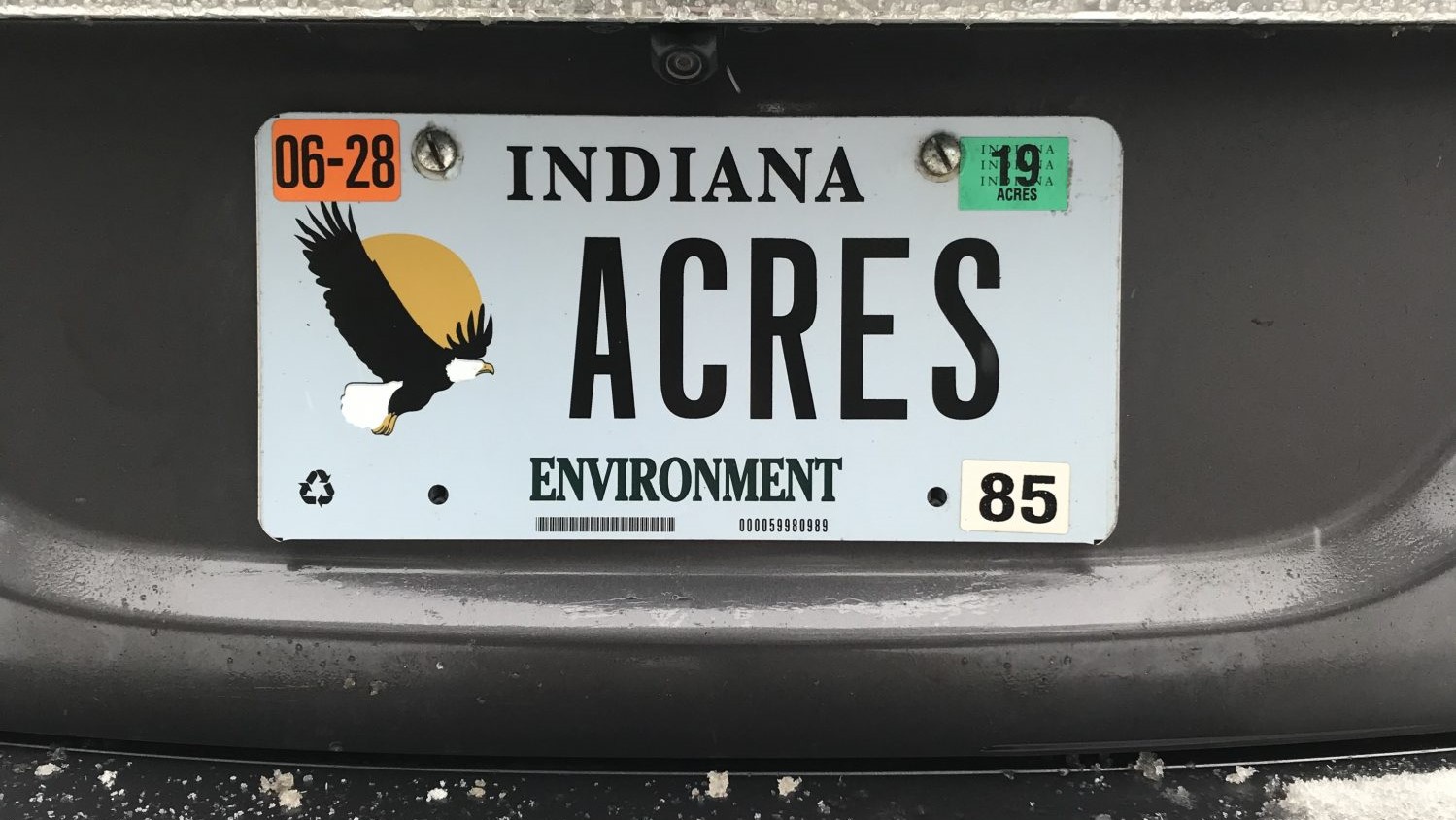 You may be surprised to learn that since 1992, sales of these plates have provided $4 million to ACRES Land Trust to protect land through the President Benjamin Harrison Conservation Trust, formerly the Indiana Heritage Trust.