A Closer Look at Grass Lake 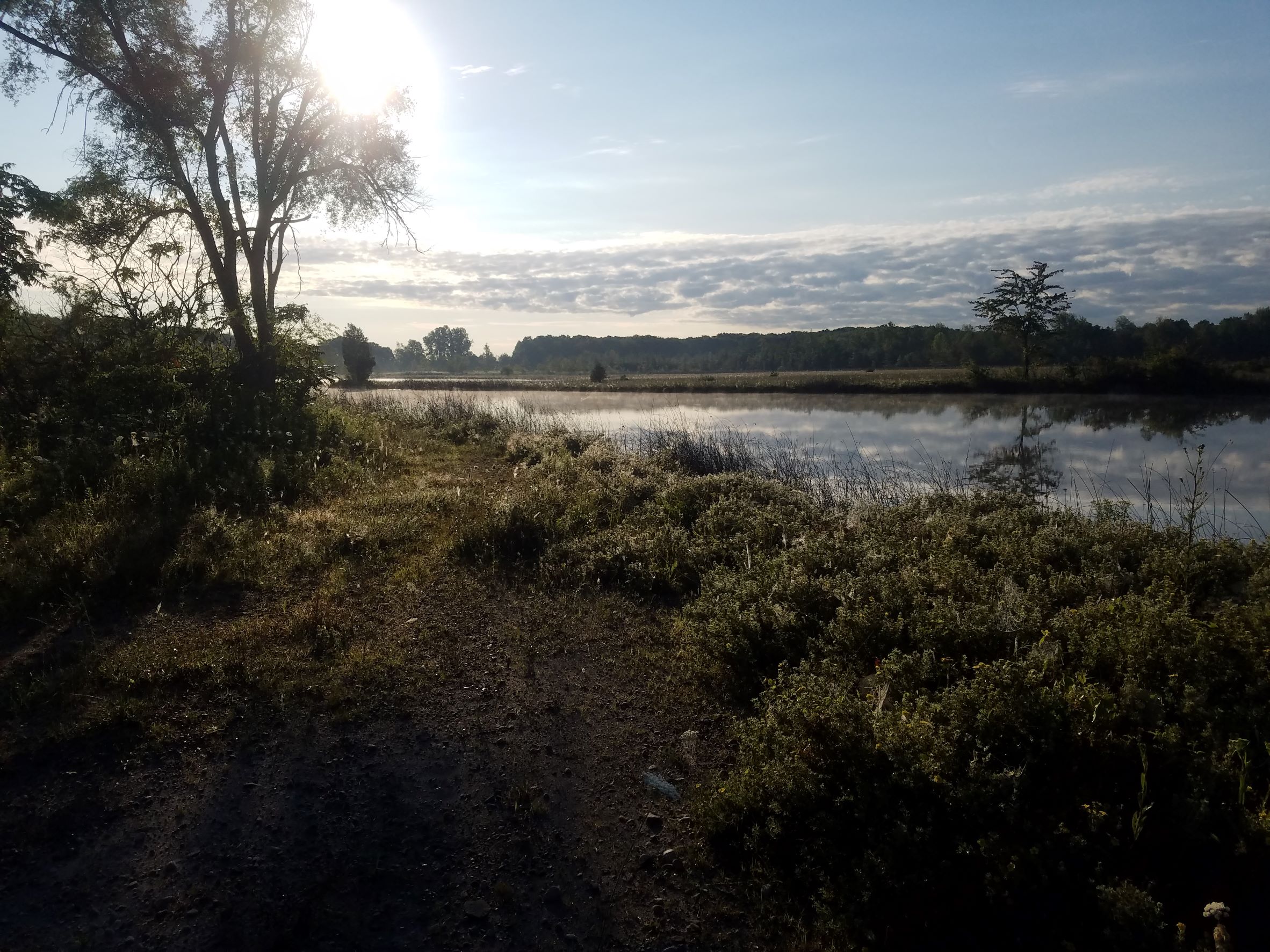 A Closer Look at Grass Lake

Since acquiring Grass Lake in 2018, ACRES has learned about several rare and endangered species living—and thriving—here at one of our most unique nature preserves. To better understand what makes this LaGrange County property unlike anywhere else in the state of Indiana, ACRES Communications Manager Bridgett Hernandez reached out to two botanists to learn more about the natural systems present here.

Grass Lake is a closed preserve, strictly set aside as a nature sanctuary and for scientific study, so I was excited about the opportunity to join staff from ACRES and the Fort Wayne Children’s Zoo for a site visit in summer 2021. My job that day was to document the construction of a new Motus wildlife tracking tower, part of a worldwide project to study the movement and migration of small animals.

While there, I had some time to explore. Hoping to spot one of the property’s carnivorous pitcher plants, I stepped gingerly through the low vegetation, listening carefully for the warning rattle of an Eastern Massasauga Rattlesnake.

While I saw neither pitcher plants nor snakes that day, I did spot dragonflies, and irises in bloom. Scanning the landscape, my untrained eye couldn’t see what was remarkable about Grass Lake. On that hot, still June day, a cloudy sky reflected on the surface of the small “lake” which looked more like a pond to me. A flat grassland surrounding the lake buzzed with insects. I couldn’t help but think: “This is one of ACRES’ most unusual preserves?”

To learn more, I reached out to two botanists very familiar with the property: Scott Namestnik and Adam Balzer.

From the Ground Up

To begin to understand what makes Grass Lake so special, one must look straight down. The soil here is an ash-colored, crumbly mixture of clay and lime called marl. It’s littered with invertebrate shells belonging to snails and mussels. Marl-bottom lakes occur only in the northern portion of the state, and most marl deposits are still underwater. A marl flat is created when a lake is drained by humans or by natural process.

At Grass Lake, the whole area was once covered in water. What remains today is a small lake surrounded by the largest marl flat in the state of Indiana.

“When I first went out to the site, I was blown away by the expansiveness of that marl flat,” said botanist Scott Namestnik, who surveyed the property for ACRES to find out what kind of plants are present there.

Over the course of three site visits, Namestnik covered the 102-acre property in a zigzag pattern, recording the plants he saw using six-letter abbreviations and mapping out the preserve’s micro communities.

He quickly observed that the marl flat is filled with high quality plants like the wicket spike rush, a sedge with a unique growth form. It starts upright, and as it matures, its stem gets longer and longer until it flops over and roots at its tip, forming a wicket.

As you walk through the marl flat, the plant makes a distinct sound underfoot. “You hear it before you see it,” Namestnik explained.

Along with many other species at Grass Lake, the wicket spike rush has a high conservation value, meaning it is restricted to remnant natural communities and does not grow in areas degraded by humans.

Although there’s not a lot of diversity among plants growing on the marl flat (within a one square meter quadrat, you might find seven species), the fen at Grass Lake abounds in diversity. The habitat is a portion of the marl flat that is covered in a layer of peat, which constantly has water running through it. This high-nutrient system supports a variety of wetland and prairie species. One square meter quadrat may contain up to 50 species!

Diverse natural communities at Grass Lake also support a variety of wildlife species, including several rare and endangered species. While working with a crew from Cardno doing invasive species removal on the property, botanist Adam Balzer has visited the site regularly over the past four years with herpetologist Brock Struecker. In the course of this work, Balzer has also been documenting wildlife and plants at the preserve.

He has spotted 21 species of reptiles and amphibians, including six species listed as state endangered, federally threatened and of state special concern.

“These have been chance encounters, looking through binoculars hoping to see something different than a painted turtle,” he said.

One of Balzer’s most exciting discoveries: finding a Kirtland’s snake. This reclusive species is listed as state endangered. Unfortunately, it was dead and looked like it might have been attacked by another snake.

Balzer was also excited to find a juvenile Eastern Massasauga Rattlesnake, a species that’s endangered in Indiana. Its discovery suggests the presence of a breeding population at Grass Lake.

Grass Lake has remained largely undisturbed by humans since mining for sand, gravel and marl ceased about 30 years ago. That is unlikely to change under ACRES protection. That there are no plans to open trails at this closed preserve is largely to the benefit of the plants and animals thriving there.

Since my visit, I’ve often reflected on the fact that you don’t have to visit a protected area to gain an appreciation for it and to want to protect it. Knowing endangered species thrive on land protected by ACRES and our members is encouraging. But it also highlights the urgent need to acquire more natural areas: a great number of high-quality conservation areas across the region still need protection.

We can do more with your continued support. Please consider gifting a donation beyond your $20 membership, or share ACRES with friends and family members by gifting a donation or passing on your copy of ACRES Quarterly. Together, we can ensure that more Grass Lake-quality natural areas get the protection they deserve.

This article originally appeared in the Fall 2022 ACRES Quarterly, mailed to members each season. The 20-page Quarterly features ACRES news, stories and events. You can subscribe by becoming an ACRES member with a donation of $20 or more. Click here to learn more!