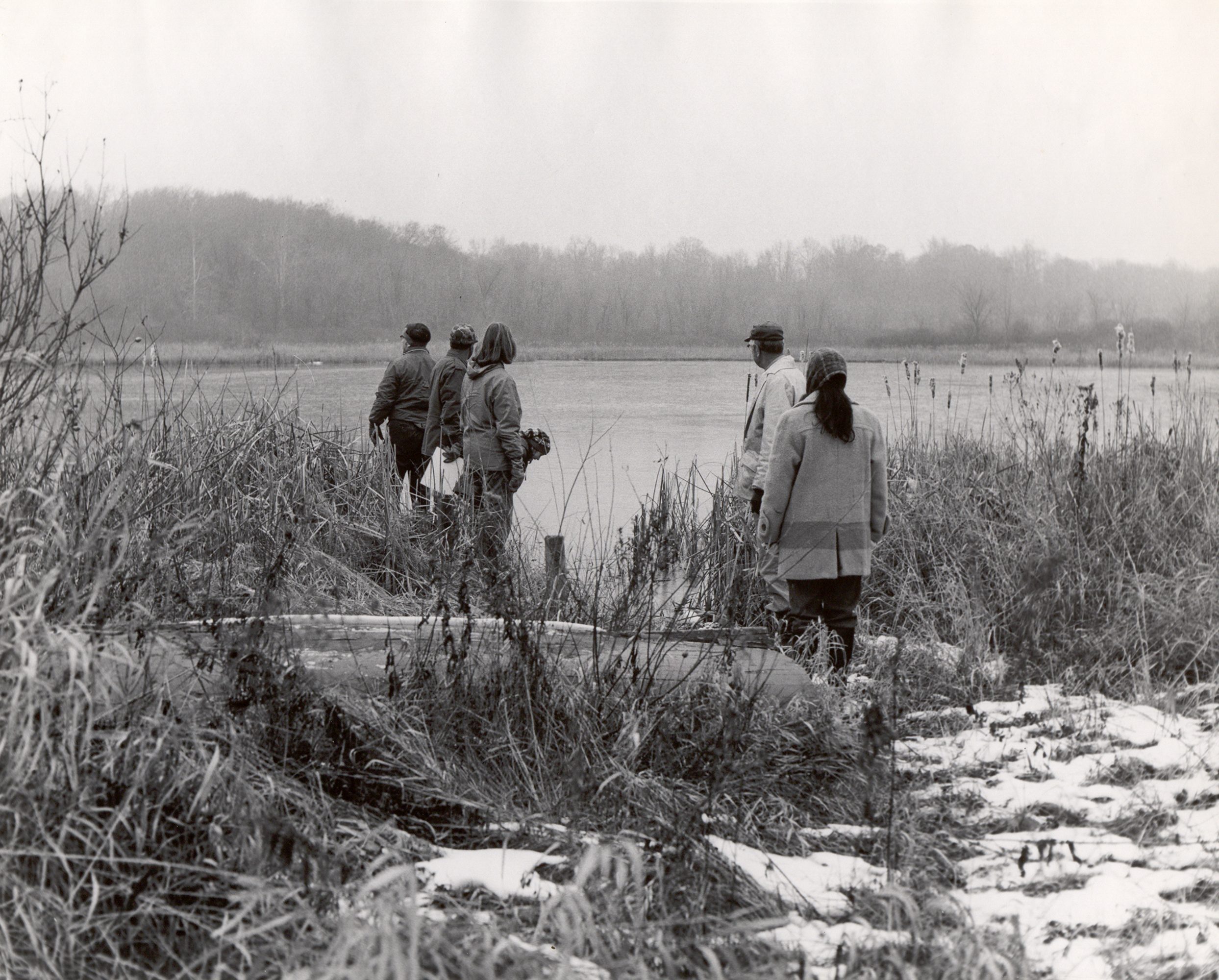 ACRES was founded in 1960 and since then has been producing the Quarterly, a much-loved seasonal publication. This article by William R. Eberly was printed in ACRES 1962 Spring Quarterly. Enjoy this archived article as we reflect back on 60 years of protecting local land.

“The lakes of northern Indiana are the brightest gems in the corona of the state. They are the most beautiful and expressive features of the landscape in the region wherein they abound.”

So wrote a prominent scientist some sixty years ago about one of Indiana’s most valuable natural resources, her lakes.

Natural lakes are of several types. Isolated segments of an abandoned river channel which retain water are known as ox-bow lakes. They occur, for example, in the lower Wabash valley. There are many other kinds of natural lakes found in various parts of the world (one recent authority listed 75 types) but practically all of Indiana’s natural lakes are the result of glacial action thousands of years ago.

Glacial lakes are concentrated in the northern section of the state. Most of these lakes occur in areas of glacial deposits known as moraines. The most extensive “lake belt” is in the Packerton Moraine which extends diagonally from the northeast corner of the state down as far as Cass County. Another aggregation of lakes occurs in the Maxinkuckee Moraine which extends southward through St. Joseph, Marshall, and Fulton Counties.

Two characteristics of lakes of interest to most people are size and depth. Compared with the largest lake in the world, Lake Superior, whose area is 31,000 square miles, our Indiana lakes seem quite small. The largest natural lake is Wawasee (2618 acres) followed next by Maxinkuckee (1650 acres) and James (1034 acres). The majority of our lakes are less than 500 acres.

Lake depths are quite often exaggerated, especially by those who live permanently around their shores. A geographer, writing of the lakes of Steuben County in 1830, said of one of them: “The bottom, as I have been told, was sought in vain with a line of 250 yards.” There are some really deep lakes in the world, but none are bottomless. Lake Baikal in Siberia is 5600 feet deep. Deepest in North America is Great Slave Lake (Canada) which is 2500 feet deep. The deepest lake in the United States is Crater Lake, 2000 feet deep. The deepest Indiana lake is Tippecanoe, 120 feet, while only 2 or 3 others are deeper than 100 feet. A large number of lakes are 50–60 feet in depth.

One of the commonest types of glacial lake is the kettle-hole or pot-hole lake, more properly known as an ice-block lake. These were formed by large chunks of ice which broke off from the main body of the glacier and were subsequently buried by gravel and mud. The insulating effect of the dirt cover probably prevented the melting of the ice block for many years, during which time the ground surface above was smoothed over some. When the ice block finally did melt, it left a water-filled depression roughly the same shape and size of the original ice block. This accounts for the rather uniform depth of many lakes of this type since the ice blocks were broken off the same glacial ice sheet. These lakes tend to have a narrow shoreline, steep sloping sides of the basin, and a rather extensive flat bottom.

Lakes are really rather temporary features of our countryside. They are right now in the act of disappearing. Lake outlets are slowly eroding their channels deeper, thus lowering the lake surface. Man-made drainage has severely reduced the lake areas. In fact, the largest lake ever to exist in historic times in Indiana (English Lake in Starke County) was completely drained with the dredging of the Kankakee River in the last century.

One author wrote, “A lake begins to die the moment it is born. There are more beds of extinct lakes in northern Indiana today than there are existing ones.” Still another wrote, “Of all the features of the landscape, lakes are the most ephemeral. As long as they remain, they will continue to contribute to the service and delight of man, by affording means for that relaxation and healthful pleasure which the conditions of modern life demand.”

These words are just as true today as they were when written in 1897.