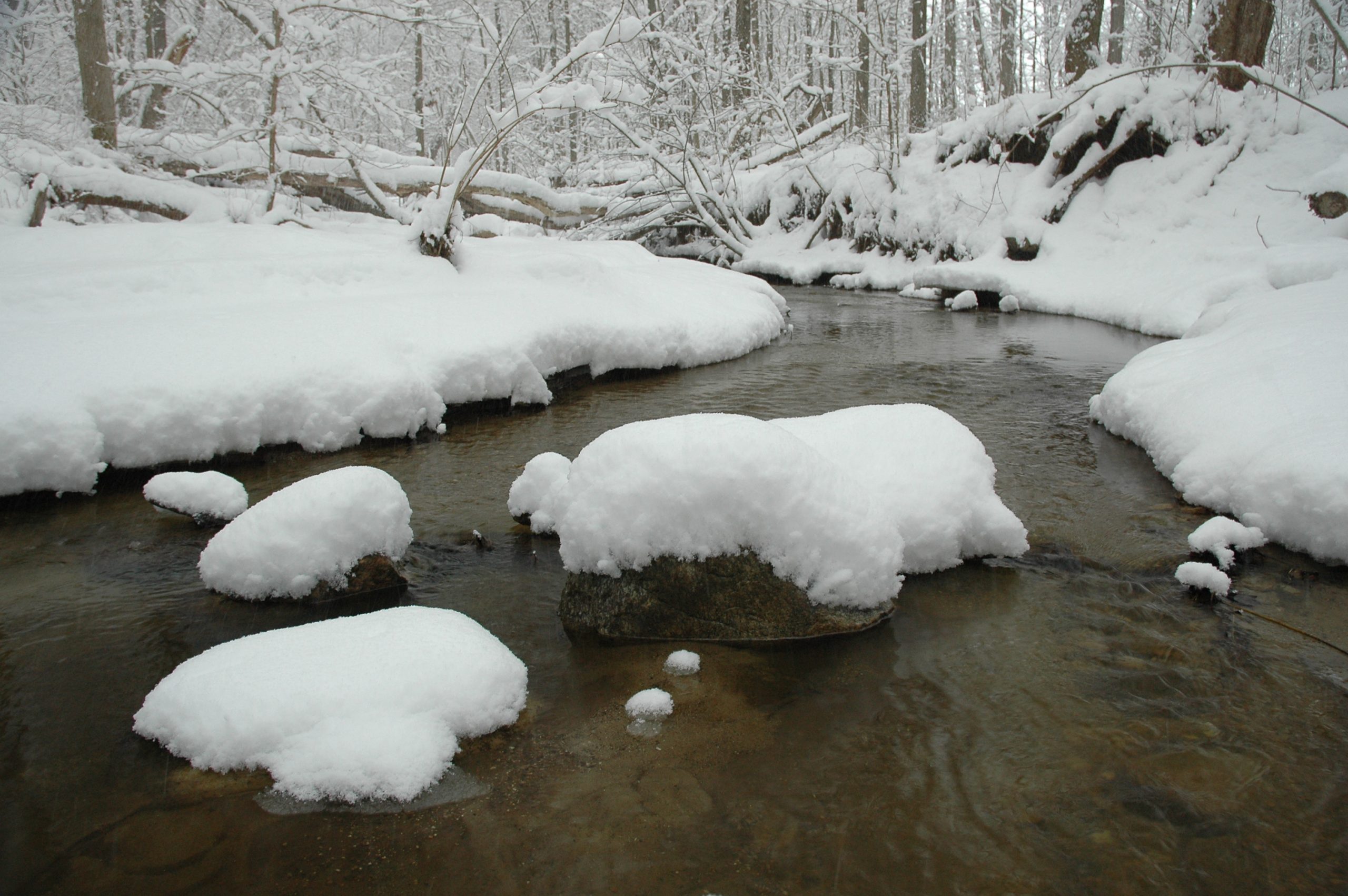 In late January amidst the tree-barred woods of Indiana, I hitched my satchel hastily over my shoulder, aware of the presence of greatness I’d forgotten the name of, and held my keys silent out of respect.

ACRES Land Trust wasn’t my sanctuary—but immediately I wanted it to be. Drawing taut the imaginary umbilical cord from myself to my car, I braved a few delicate, wary steps. I inched closer to the only other sign of civilization I could see: the ACRES homestead of an office, where once lived two of its founders Tom and Jane Dustin, sitting at the top of Cedar Canyon on the preserve of their namesake.

All the while my mind anxiously buzzed of “how to act business-like” and “how to behave in front of superiors” and “how not to trip on this root or my own tongue” — I was eying these woods like a bear ogles a beehive. Each time I gazed out, I found myself smiling like an idiot. Each step, this stupid grin stretched across my sullen city face. Each giddy move forward washed my mind clear of any responsibility or restriction. I read a trail sign for a path called “Longing” and wanted to immediately vanish down its depths.

Soon, I realized I had stopped walking. I was merely gawping around at frigid, spindly trees stretching and twisting their dormant branches into the sun and snow which was sinking gently down, tucking them in. For a moment, either I stopped everything, or everything stopped me (I’m a high-functioning neurotic sort. This—was huge). For a moment, I felt lost. Cut off from my only means of transportation back to the guts of the city. I found myself in an ancient element that I feared wouldn’t recognize me. I was lost—and this didn’t quite terrify me like it should’ve.

Believe me, Google Maps had tried to frighten me by showing my destination, this preserve, was a whole lotta nothing in the middle of a whole lotta nowhere. Turns out that “nowhere” is exactly where I wanted to be. The frozen air pierced and purged every cell of me—and this sounds ridiculous, like I’m being ordered to talk up healthy doses of nature because it’s within my field, but I could feel whatever poison I’d stomached long ago begin to curdle and fall away with every passing second. Not that the city did this to me, or that I’d been jaded and corrupted by civilization—but damn, did being walled up in my own undersized fish tank start to choke. There’s a whole sea of wildness out here, if you’ll pardon the watery metaphor. And I foolishly forgot. I forgot how healing it’s always been.

In the past, when confronted by any ache, I’ve notoriously perched myself outdoors. Just being in the out was an instant painkiller. This past year had been unfortunately riddled with plenty of bruising and not an ounce of wilderness to wash it away. In that moment of being haloed, crowded, exalted by the woods, I remembered belonging here. I was feeling at home again. And where there is home, there is no such thing as pain. I belonged to the wild forever.

It took a creaky crow call to pull me out of my own head, but when I shook myself back into my stride, I was laughing kid-ishly again. “I missed you guys,” I muttered out on a puff of frigid air. “I look forward to getting to know you.” Yeah. I was talking to the trees and everything else. I got a reply from a nuthatch and the crow again. Suddenly, it seemed all the creatures here were waking up, responding with songs that repeat through the ages yet still hit ears anew every time.

When I stepped through the doorframe and was greeted by Lettie’s delighted face, I said it all again to myself, I look forward to getting to know you. I was speaking to her and to everything. I hadn’t heard much of the extent of ACRES aside from its looming omnipresence as “protector of the land.” But when I sat in the open patio room, discussing how plentiful the birds were and how rugged the trees looked, I felt that warmth and giddiness rise to the surface and it refused to leave. I understood now. ACRES staff, volunteers, donors and members are the people and the voices behind the safekeeping of my sanctuary. They are the defenders of the wilderness I know and love. The wild is where I unshackle, shake off the rust; where I go to shed old skins and come out clean; where there’s refuge and answers awaiting. And ACRES has ensured some of this could be forever.

The wild is my home—forever. And I will not forget it again.