Whose woods these are, for good: Connie Richie’s story 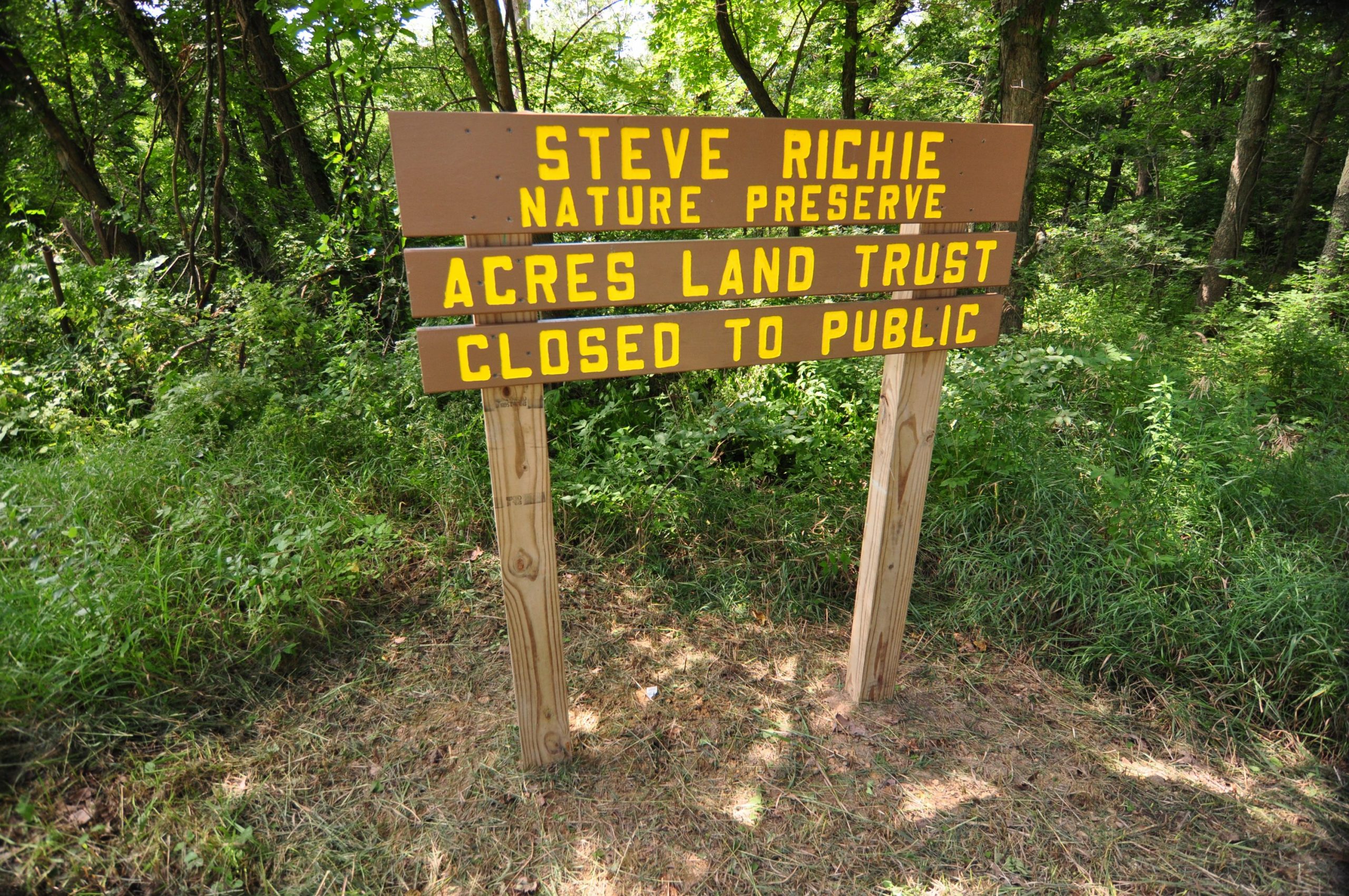 Whose woods these are, for good: Connie Richie’s story

“No matter what the troubles, after I would come back from a walk in the woods, they had dissipated, and I had put them in perspective.”

“The peace and calming is amazing,” says land donor Connie Richie, whose perspective came over time. She and husband Steve transformed 35 acres of marginal farmland into a planting of 5,000 trees. As their trees grew, Steve Richie mowed trails. With trees, other things grew: wild raspberries and blackberries. Mushrooms and squirrels. Deer and rabbits.

Something else grew: The feeling of peace and tranquility Connie gets whenever she walks these trails. She taught second and third grade for 32 years and recalls coming home exhausted – turning to, and always finding, renewed strength out among her trees.

She would walk and walk, seeing wild turkeys and possum. She would quote Robert Frost to herself, smiling when she got to “whose woods these are I think I know.”

Whatever the season, Connie still finds herself in these woods. In winter, she comes across innumerable animal tracks through snow, and silence she can almost touch. In spring, sunlight filters through new leaves, dappling the ground with color and light. In fall, the air is crisp, and the leaves turn red, orange and gold.

“It’s absolutely, astoundingly beautiful at all times, and this was a vision Steve and I shared for the property,” she says. They began turning their vision into reality by having the land classified as forest and wild lands. When their daughter died at age 27, they found solace among their trees. There was just something about being in a place that felt eternal.

When Steve died in November 2012, the reality of what is forever and what is temporary once again became all too real for Connie, and she began to look for a way to make the peace she had found available to everyone forever. She found ACRES.

“I think most of us want to make a positive impact on the Earth,” she says. “Steve and I just had so much joy from the woods, and to actually see that happening and to see this is something we could do for the earth, for the community… My godson has a daughter now, my nieces have daughters – to know they will have this to use and enjoy in the same way that Steve and I got such pleasure from it, well, I don’t have the words for it.”

“Fifty years after I’m gone, it will be here.”

“I’m getting choked up thinking about it,” she says. “Some of the very, very best days we enjoyed were the ones we spent in the woods.”

Today, as Connie walks these trails, she thinks about the time she and Steve spent there, and also about future generations who will enjoy it once it is opened to the public. Unlike the little day-to-day problems that seem to plague us, her woods are no longer temporary, this wild place is no longer fleeting.

Connie smiles recalling the Robert Frost poem. Now she knows exactly whose woods these are.

These woods belong to all of us. Forever.

You leave a wonderful legacy, Connie. Rest in Peace in heaven with your family.

God Bless you, Connie. You have come such a long way and are indeed leaving the world a much better place! So proud of you and blessed to count you as a friend.